The Fifth Limb of Yoga: Pratyahara 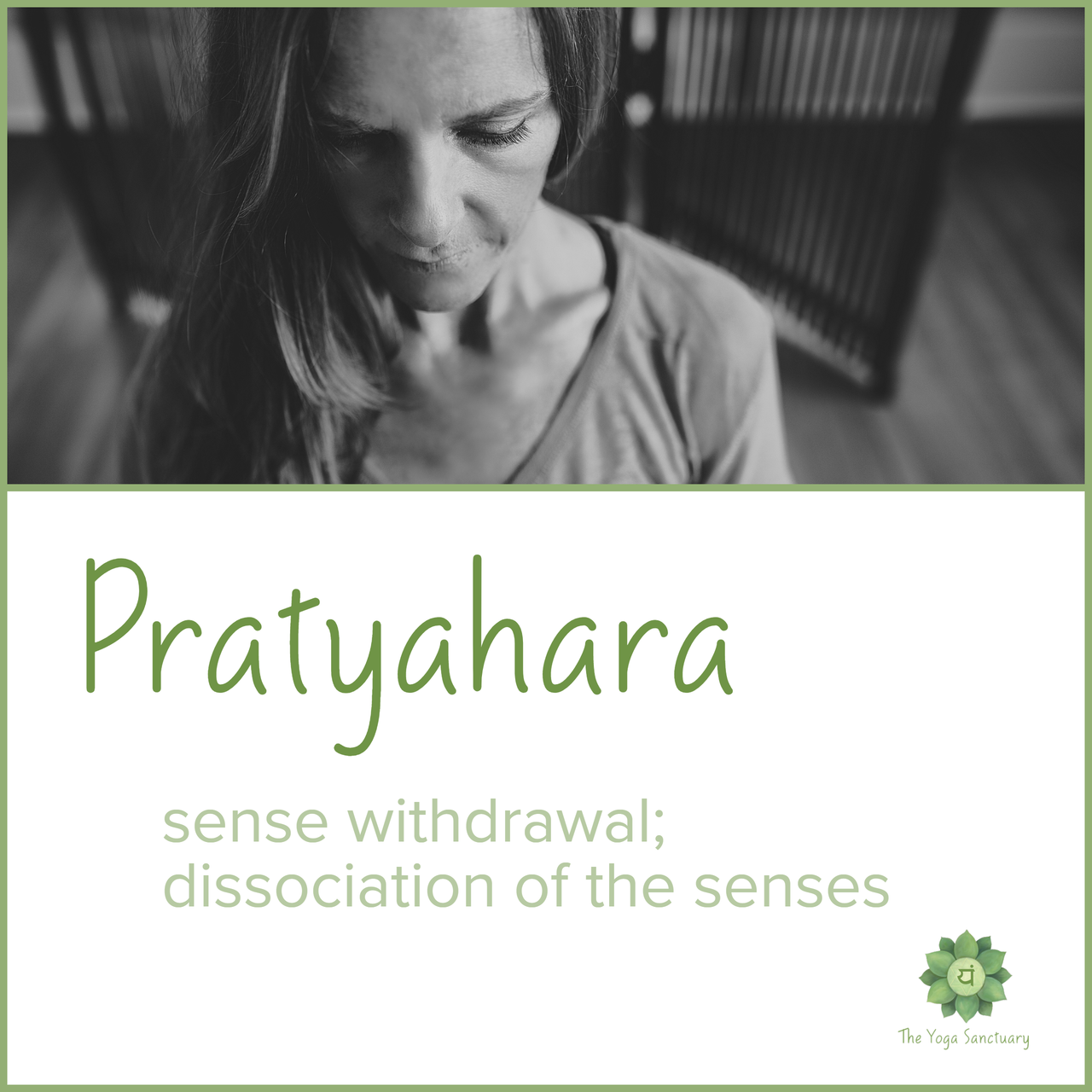 Pratyahara is, simply put, the withdrawal of the senses, or “to withdraw oneself from that which nourishes the senses,” according to T.K.V. Desikachar, the son of the man responsible for bringing yoga to the West, Krishnamacharya. Desikachar goes on to say that, “The senses entice us to develop cravings for all sorts of things. In Pratyahara we try to put the senses in their proper place, but not cut them out of our actions entirely.”

The senses are likened to honeybees following the queen bee. Where the queen bee goes, the honeybees will follow. Likewise, where the senses go, the mind will follow. The literal Sanskrit translation of pratyahara is, “to draw toward the opposite.” This means that, instead of following the senses, the mind is able to turn inward, simply observing without desire. Iyengar states, “The ability to withdraw our senses and so control the noisy mind may sound like a kill-joy, but in reality it restores the pristine flavors, textures, and discoveries that we associate with the innocence and freshness of childhood.” Pratyahara is like curiosity at its purest.

Pratyahara comes not by forcing the withdrawal from sensory inputs, but rather, from naturally letting go. Desikachar says, “Pratyahara happens by itself—we cannot make it happen, we can only practice the means by which it might happen.”

The practice of pratyahara begins with pranayama, or breath control (the fourth limb). With pranayama, the mind turns inward, and desires can be controlled. When the breath becomes labored or uneven, the senses have gained the upper hand. It is through practice of asana and pranayama that pratyahara is achieved. And with pratyahara, dharana, or concentration—the sixth limb of yoga—can be attained.

In today’s world, we are ultra-stimulated, no doubt about it. The practice of pratyahara is especially important in modern days. Our senses are stimulated at every turn. Take some time throughout your day to notice how your mind follows the next new thing. Then notice where the mind goes. Notice what desires or aversions come up as a result. Can you begin to release your mind’s reaction to each and every new encounter, instead simply observing without judgment that which goes on around you? It’s not an easy practice, but if you tune into your breath instead of entertaining each new idea, you will have tasted pratyahara.

Enjoy this guided meditation themed around pratyahara and the muting of one’s senses.