The Third Limb of Yoga: Asana 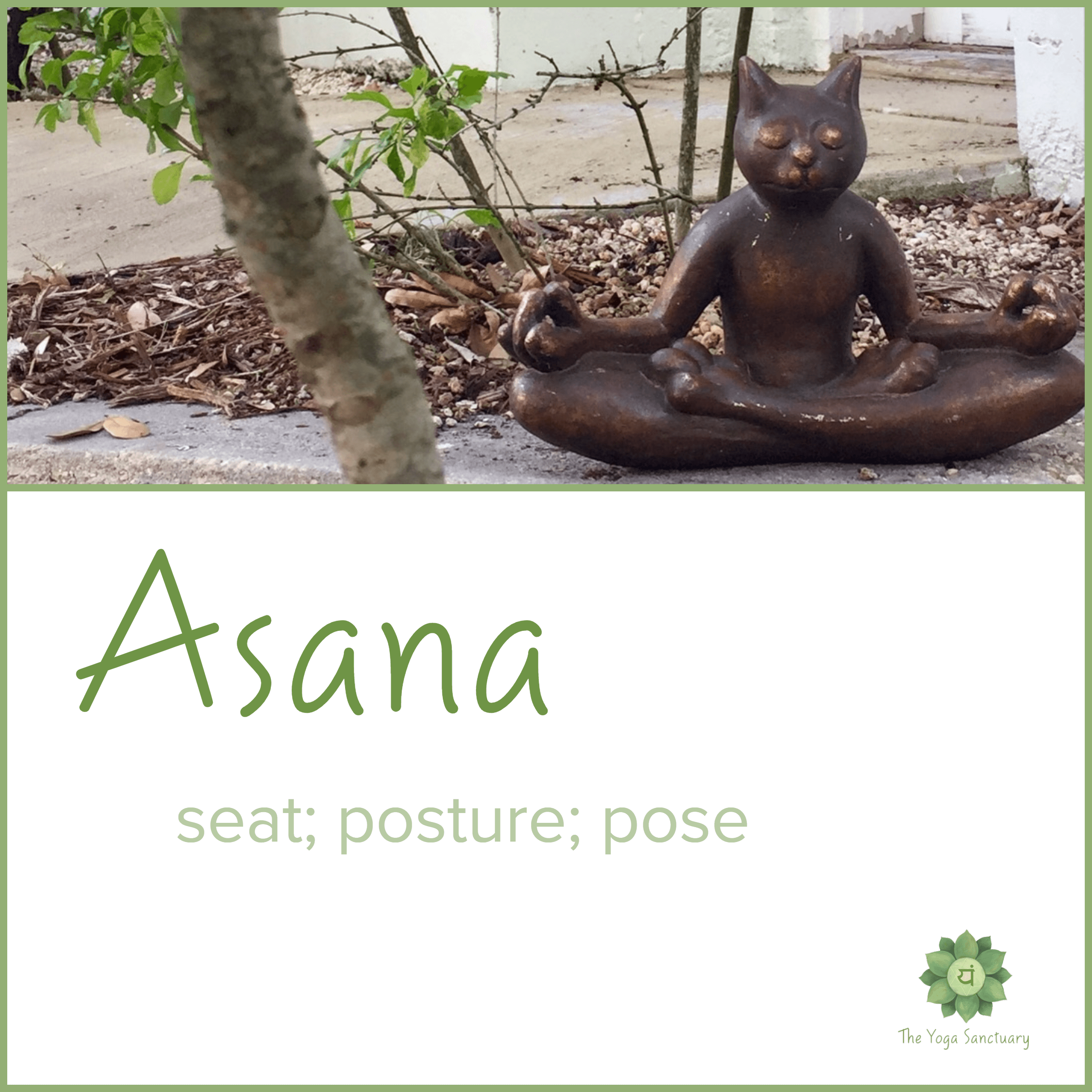 “Asana practice stimulates healing on many levels. Yes, it can help to heal injuries and bring strength and flexibility to muscles and joints, but, spiritually, the practice of asana can release us from avidya, which means ignorance of who we really are.”          ~ Sharon Gannon, Yoga and Vegetarianism

You may already be familiar with the word “asana,” as it is the term used to describe the postures taken during a yoga practice. In fact, asana has two meanings: it is both the place where a yoga practitioner sits, and the manner in which he or she sits. This duality is reflected in the word’s two literal translations: “seat” and “posture.”

Asana has a complex history in the Yogic tradition. The Vedas, India’s oldest scriptures, do not contain the word “asana,” though they do include the verbal root “as.” In Sanskrit, “as” is translated into “to sit” or “to be.” “Asana” appears in its fuller form later, in the middle Upanishads, where it refers only to the postures assumed during meditation. Then, the meaning of asana transformed again, with the emergence of Tantra and its focus on using posture to intensify prana, the vital life force. Finally, with the development of Hatha Yoga in 1000 CE, asana took on its most widely-known meaning.

Of the 196 Yoga Sutras of Patanjali, only 3 speak directly to asana. The most well-known is Sutra 2.46: sthira sukham asanam: asana should be a balance between steady, stable, alert effort (sthira) and comfortable, easy, relaxed effort (sukham). Sutras 2.47 and 2.48 go on to describe that asana can only be mastered once the Yogi learns to let go of the natural tendency for restlessness and begins to meditate on the infinite. Once this mastery is achieved, it is believed that one is no longer disturbed by the dualities of life.

Asana are the building blocks of more profound discoveries—and are very often the aspect of yoga that most are introduced to first. In the Hatha Yoga Pradipika, the most authoritative text on Hatha Yoga, Swami Svatmarama explains that asana are described first because they are the first step of Hatha. With the steadiness and focus that asana provides, the yoga practitioner can then progress to higher goals. “Yama & Niyama…cannot be practiced,” says TKV Desikachar. “What we can practice are asanas and pranayama, which make us aware of where we are, where we stand, and how we look at things.” It is through the practice of asana, BKS Iyengar adds, that the body is made into a “fit vehicle for the spirit.”

Try focusing on practicing each asana with greater awareness. Become more steady and more comfortable in the postures, and be mindful to experience each one fully. It is when we explore our edges and challenge our boundaries that the real magic happens.