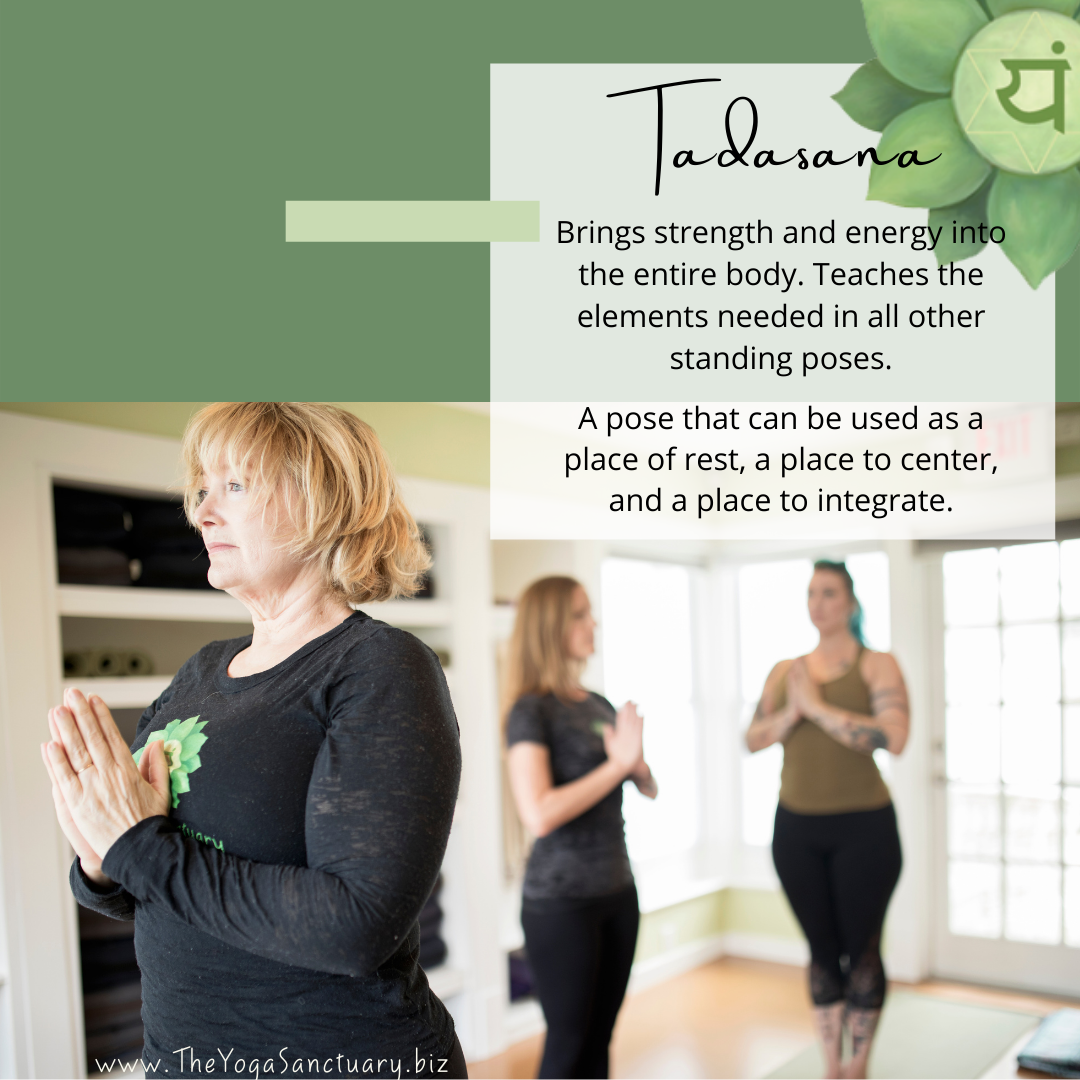 We once had a guest here at The Yoga Sanctuary named Tea Roman. Tea is a musician and yoga teacher who leads participants through an amazing sound journey that also includes a bit of yoga asana (posture). Just as he was beginning to guide us into some simple posture work, he proclaimed that we were about to learn the hardest pose of them all, one that takes most people nine months or so to learn. We got to our feet and stood tall and erect in the Mountain Pose. This was the pose he was referring to. And he was right! From the day we are born until the day we stand on our own two feet, it takes us roughly nine months to learn…

Let us dive into this “hardest pose of all” poses by starting at the beginning and looking at the name, tadasana…

Rich in symbolism, tadasana comes from the Sanskrit words tada (mountain) and asana (posture, or seat). Mountain Pose is the essence of stability and foundation, and as such, contains the building blocks for every other posture in yoga.

The posture itself “promotes the stillness, strength, relaxed power, and stability we associate with mountains,” says Alanna Kaivalya, author of Myths of the Asanas. She explains the inseparable relationship between mountains and rivers, both represented by the Indian god Himavat, who represents the Himalayas and is also considered the father of Ganga Devi, the goddess of the Ganges, India’s most sacred river.

“When we stand in tadasana, the head, being nearest to heaven, is where we receive the blessings that flow through the rest of our body like a river,” she says. The even stance of Mountain Pose—the lengthened spine and steady base—sets the tone for practice.

In India, there is a mountain called Mount Kailas with two lakes—one shaped like the sun and the other like a crescent moon, which represents hatha (ha = sun, tha = moon) yoga. Mount Kailas is considered the seventh chakra—sahasrara. The two lakes have been likened to the two streams of energy (ida and pingala nadis) that rise up one central channel (sushumna nadi) moving toward the highest level of consciousness. Mount Kailas is considered a sacred mountain.

When we stand in tadasana, we are equally grounded and arising. Our base is firm, yet we reach upward toward the heavens. Our spine is situated as it would be during meditation, ideal for the free flow of prana (life force) throughout the body. Take the time to connect to this energy in tadasana. Doing so can help you to maintain it throughout your practice. 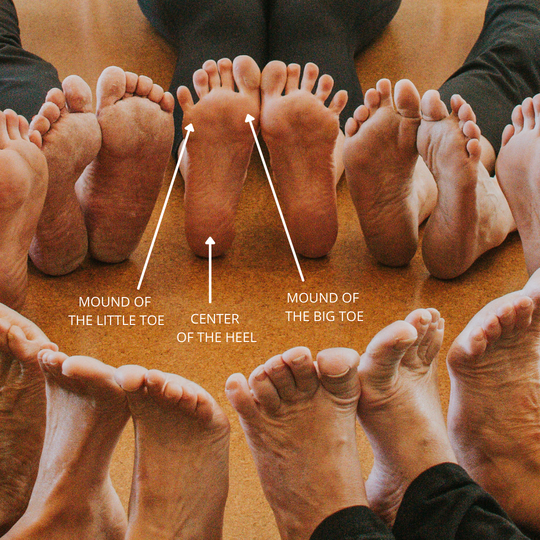 The Three Points of the Foot

Do you feel a little off balance or unstable?

Do you feel like you are holding tension in your shoulders, neck, hands, or jaw?

Is there discomfort in one of your hips, knees, or ankles?

Some things to work on:

To really create the strength and stability that tadasana teaches us to bring into other postures, you might try using props! Try holding a block between your thighs to engage the power of your legs. Or combine the use a block and a strap by wrapping the strap around your legs while holding the block. We’ll explore both techniques plus some others in our tadasana videos, so keep your eyes open for updates below!

Sometimes you’ll hear teachers say to bring your feet together so that they touch or to make your feet parallel. While that might work for some bodies, it doesn’t work for all bodies. So let yourself explore and maybe try different foot placements. But in the end, take the pose in a way that feels best for you and your body.

Check back as we add practice videos exploring:

Stay in the know with The Yoga Sanctuary by following us on Facebook!

You can connect with Jennifer directly through her Instagram page!