“The Moonbeams are also the rays of the Sun.” – the Vedas 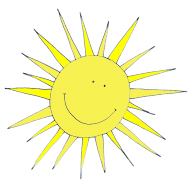 Our Sun, Surya in Sanskrit, is the 4.5 billion year old yellow dwarf star at the center of our solar system. It is an almost perfect sphere of gas (mostly Hydrogen and Helium) 860,000 miles in diameter and 92,000,000 miles away from Earth. Its size /distance ratio is the sacred 108. Surya burns at an average 11,000 degrees Fahrenheit and its mass is 330,000 times that of Earth. Light emitted from the surface takes 8 minutes to travel to Earth and this energy allows for all life forms to exist on our planet. The other planets in our solar system can be seen only because they reflect the light of the Sun.

According to Vedic Astrology texts, the planets are the incarnations of Lord Vishnu, the sustainer. Surya is the Para Atman or the Supreme Self; it is the singular Inner Light or Spirit. He is the sattvic king of the planets and he rules Sundays and the zodiac sign of Leo. His associated color is red and gem is ruby. In so far as the inner and outer zodiac are inseparable, the Sun corresponds to the third eye chakra. Surya fortifies and vitalizes us, conferring self-confidence, consistent vision and dignity. His job is to purify anything that does not serve our highest Self. He is benevolent but firm.

Although the Earth revolves around the stationary Sun, from our vantage point Surya appears to move along the 360 degree path in the sky that is called the ecliptic and its strength, therefore, is always in relative flux. This also means that in an individual birth chart, the sacred mandala of karma, the possible combinations for positions of Surya and the sign of Leo are enormous. Knowledge of these locations assists in determining where and how much personal power lies within any of us. Even without this information, we can grasp the impact and miracle of the Sun. Deepening our sadhana by including Salute to the Sun into our daily hatha practice cannot fail us, nor can introducing the Sun mantra into our daily meditation. Om Sum Suryaya Namaha. We become aware of the simple truth: As above, so below.